Bacon is magic in food but a problem on the trail—refrigeration, skillets, grease, etc. Shelf-stable bacon makes tons of trash with strips wrapped individually. Bacon jerky to the rescue! 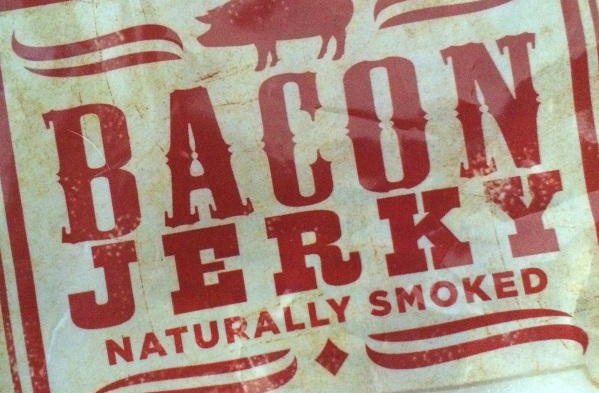 On a recent visit to Walgreens, I spotted bacon jerky and immediately bought it. It does not seem to have a lot of preservatives. It isn’t overly salty (beyond its bacon-ness) or smoky. It should be eaten within three days after opening the package. With Scouts, it would last three minutes, so that is not an issue.

When my dad and I backpacked in the Pecos Wilderness, we took Wilson’s bacon bars to crumble into our morning oatmeal. The bacon bars disappeared decades ago, but we finally have a good replacement.

I have only seen this as a Walgreens brand. It will probably spread, but pop into your local Walgreens and give it a try.

One thought on “Bacon Jerky!”

This site uses Akismet to reduce spam. Learn how your comment data is processed.